An attempt to reclaim a much-maligned word. A better fit than "resolutions" for these...

In theory I should have already started the campaign on this, however as I type this while the 2020 race season has begun, there have been no races organised locally. I haven't raced since June 2018, so as of the 1st December 2019 I lost my 2nd cat race license...so I'll need 40 points to get back up there before the end of November. Ideally I'll get it done way before that.

Based on previous seasons, it will either go pretty well, or I'll struggle. Right now my core fitness is there (aka the Diesel Engine), but my top end is not...but that really only comes by racing. I've been getting some decent sessions in at Reading Velodrome with fast chaingangs, but nothing compares to race efforts. I'm confident I can sit in a pack, however I need to get capable of getting off the front and into breaks.

2 - Complete LE-JOG in September in top 1% of finishers 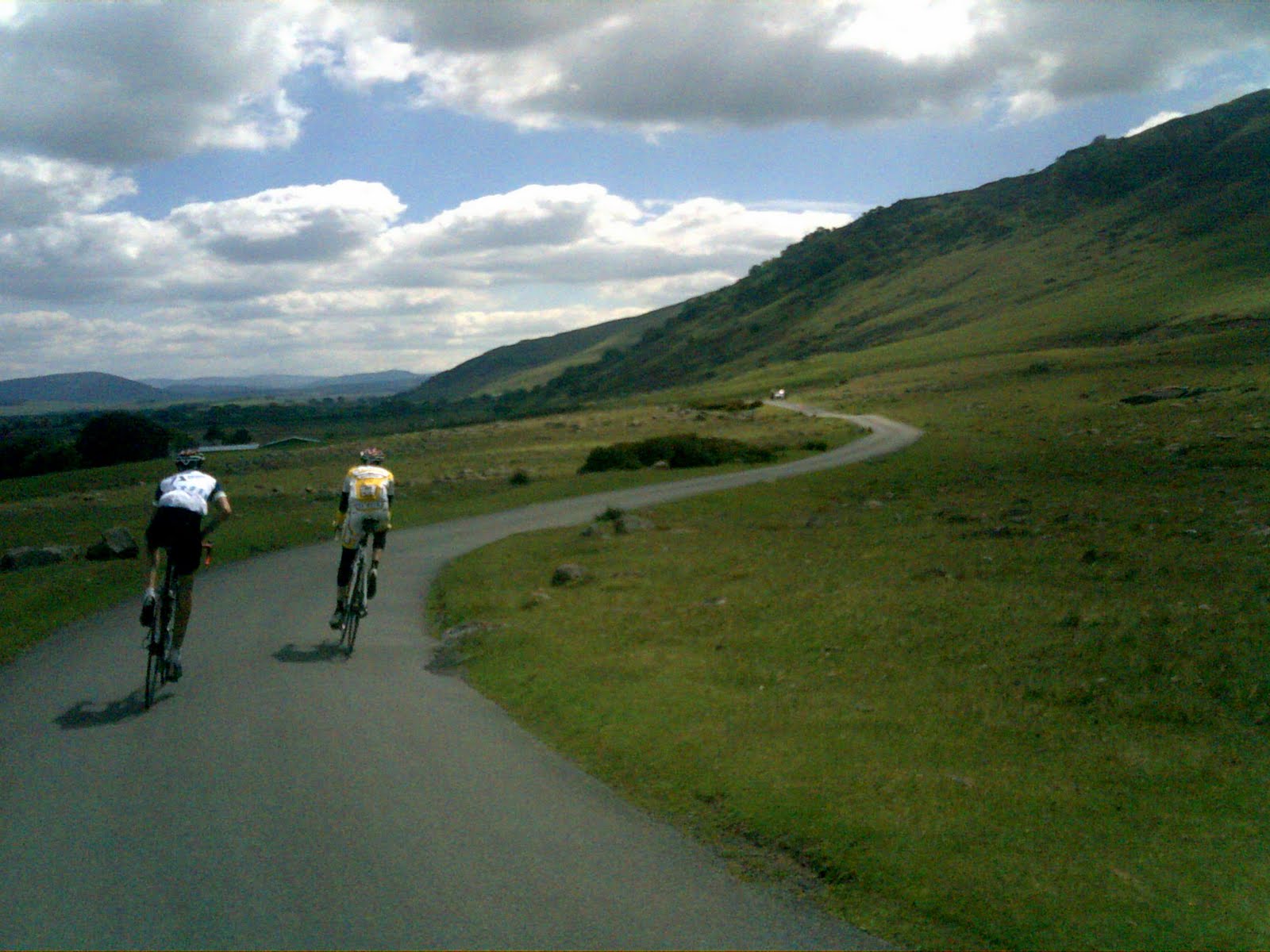 In 2010 I did John O'Groats to Lands End on the bike, having only taken up cycling (or rather triathlon back then) about a year previously. In retrospect I had very little idea what I was doing, and it was mainly ignorance and stubborness that got me round at the pace I did. A decade on, I've decided it's time to re-visit the challenge. I'll be using the same company (Threshold Sports), as I have no desire to either lug all my own stuff around or route-plan for 900+ miles of riding.

A few things have changed...they go the other way now (start in Lands End, finish in John O'Groats), and in Scotland they head via Edinburgh and the Cairngorms rather than Glasgow and Glen Coe. It's also later in the year (September, rather than June)...so less chance of sunburn, more chance of storms.

I went back and found my re-cap notes from 2010, and also had a look at the training I did. I may be a decade older, but I've spent a significant chunk of that time improving my cycle-fitness, so hoping to have both an easier and more rapid time. Top 1% will be top 10, and timings will include rest stops mid-route each day. No, I don't intend to stop mid-route unless I absolutely need to.

Training Volumes for 5 months prior to RideAcrossBritain 2010
(I only got a Garmin for Christmas 2009, so no consistent records prior to that)

...compared to the last 5 months currently, where I've just been doing general training.

So I do a lot more riding a lot faster these days, and I have a much better understanding about how my body operates (along with modern tools like power meters to help gauge efforts). The rough plan is to focus on racing upto May/June, and then ramp up the distance in summer...just top up the resiliance in the legs, and hopefully smash it all come September. There are a couple of other things I want to do that I missed out on last time;

I have treated myself on the way back, and booked the overnight sleeper from Inverness to Euston in 1st Class. Main Goal...shower in a moving train!. 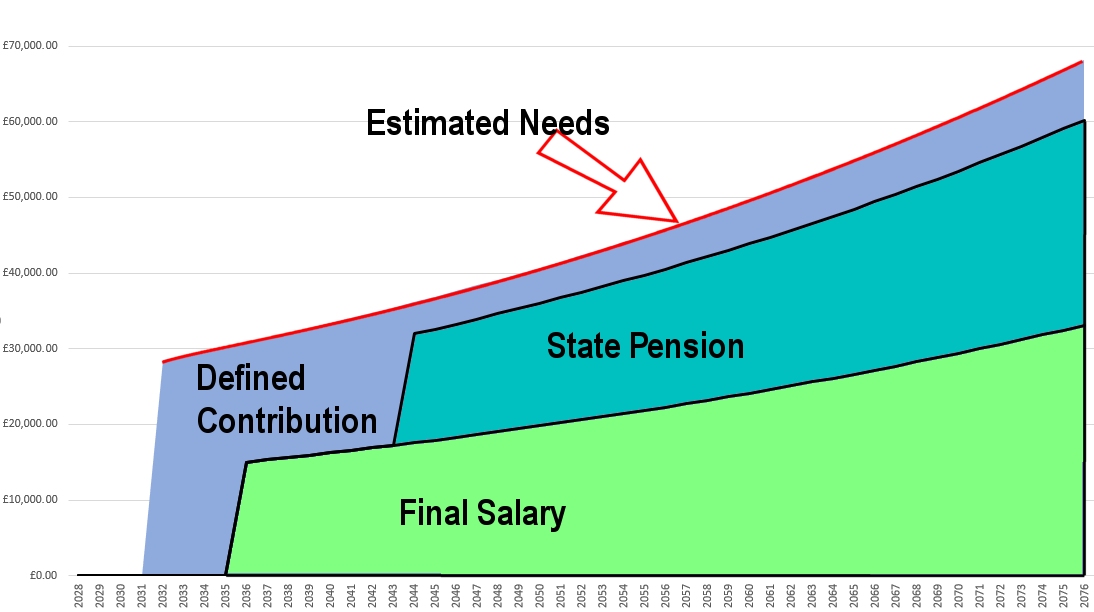 So this one is already in planning, but the first official action kicks off on 1st January 2020. The official goal of Project-55 is "to be in a position to fully retire at the age of 55". Notably it's not "retire at 55" as there are too many variables between now and then (and Gill may kill me if I swan around the house for 2 years while she is still working)...however there is no downside to putting a plan in place now, and having possible options later.

It's not actually that complex (as all the best plans should be). I have 3 pensions...a Final Salary pension that ended contributions in 2013 and starts paying out when I'm 60, the State Pension...which will start paying out when I'm 68 (probably), and a Defined Contribution pension that I'm currently paying into. I have to do another 10 years of National Insurance contributions in order to get the full State Pension, based on current rules.

Using the data I got from last years resolution to record all purchases, I can get a pretty good idea of what income I need to maintain my current lifestyle. From all that I've constructed a model where I can map out various scenarios and budgets to estimate earnings and income from my pensions against my living costs. From that I can work out various targets and goals (all residing in various spreadsheets and accountant reviews of the pension schemes).

A - Increase Pension Contributions
Including the company contribution, I currently pay in 20% to my defined contribution pension. As of the 1st January this will be upped to 32%. I need to manage the associated reduction in take-home pay...it's not massive (as it's only ~60% of the absolute value due to tax relief), but it will mean I'll need to be a little more careful, as this money is locked away until I'm 55. Ideally I'll up this again in 2021 and beyond, but this year will be assessing if that is viable.

B - Up Residual Savings to £20K
Last year I set myself a big savings target...this year I just want to nudge that up to a round number. Taking A and B into account I should actually have a bit more disposable income this year compared to 2019...however there will also be some purchases I've delayed from 2019 that will make this attainable, but not easy. This savings buffer is mainly there to cover any shortfall due to reduced overall income from the upped pension contributions from A.

C - Plan to finish mortgage by 2031
Currently it's due to finish in 2033 (I'll be 57), but I think there is room to shorten it a bit. This might be overpayment, it might be a lump sum from savings. It might be a lump sum from a pension scheme...there are options, aim here is to work out the most viable option. Being hyper-realistic, 57 is a probable target retirement age anyhow, but as per the initial goal, there is no downside to aiming at 55 instead.

D - Record and Categorise every purchase
Same as last year, but the capture method has been refined. In 2019 I didn't do great categorisation...I went through a process to re-categorise everything into more useful segments...those will be used in 2020. The Google Form is...complex...with many sections, but use is pretty simple. The data from 2019 is very useful, but there are some unique features to the year. I bought literally no petrol (you'll see why below), and I didn't race (there are costs involved). A second year of data will be very useful.

It's back again. I read a lot in the early part of 2019 (when you're limited to lying down, and spending time in hospital Kindles are a godsend!), later on in the year I got mired in some long series...good books, but a little slow. I'm looking forward to reading some new stuff.

There are a couple of big games that are on my radar (Final Fantasy VII remake is definitely there). I've had some un-expected games on Switch that have really twigged with me (Rogue:Legacy and The Touryst) that got me over the line in 2019, so a look-out for games of a similar ilk would be good. I want to give Astral Chain a try-out as well.

A little bit tree-hugger, however I should probably not actively try and kill the planet. I always get a little narked when people say "what about the children?". I'm properly not worried about the continued existence of the human race (success or failure...the root cause of most environmental issues is too many humans), however I'd like to see the general flora and fauna have a fighting chance. We swapped to a carbon-neutral energy supplier this year, and I sort of twigged that apart from flights, I contibute less to emissions than Joe Bloggs (again with the lack of petrol purchasing this year and cycling pretty much everywhere). I've done various questionnaires, checks on flights etc. In 2020 currently I have 4 trips abroad planned (Nice in January, Malaga in February, Majorca in April and New York in October), and it's pretty easy to work out the "carbon cost" of those.

There is absolutely fuck-all chance of me not eating meat, and until tracking food miles becomes a simpler affair, I am not going to bother with that. Consider me a very, very lazy environmentalist. I also fully understand that carbon emissions are just one part...single-use plastics, particulate pollution etc are all there as well. My general lack of use of an internal combustion engine means I'm low on the scale for particulates. Single-use plastic is probably high for me, however I once again raise the "I'm a very lazy environmentalist", and if easier options become available (primary area is probably food packaging), then I will adopt them.

General estimates have my 2020 lifestyle generating approximately 10 tonnes of CO2 (this was the higher end of estimates). Typical offsetting costs from a Gold Standard supplier will be between £150 and £200. I'll select a suitable Gold Standard project (ideally I'd like to support a forestation project, however there are concerns about the long-term viability of those...the trees need to be in place for 50-100 years to capture the carbon...in large areas of the world that then requires a stable, supportive government to defend the land from farming etc), and pay my dues at the end of the year.

7 - Get the Motorbike back on the road

I was unable to ride the motorbike for the first few months of 2019...as a result the MOT ran out and I declared it as SORN as I couldn't tax it. When I was able to ride it again I discovered it had a puncture, and I've been unable to find the hole so can't repair it. As such, it's been sitting in the garage for about 15 months now.

Probably in early spring I need to get a bike garage to come and pick it up, fix the rear tyre, service and MOT it, and then get it re-taxed. I will probably also need to get some distance in to get some confidence back on it. I don't do huge mileage (again with the cycling everywhere), but occasionally I need to get myself somewhere not in lycra, and the motorbike is the best option. I did actually look at the possibility of getting an electric motorbike, however current costs for something I would consider worthy of me are still prohibitive.

8 - Catch up on replacement purchases

As noted above, I skipped some purchases that were "needed, but not vital" in 2019. Mainly bike stuff. I'll need to get these sorted in 2020...ideally being cost effective and grabbing stuff in sales;

I hereby commend the document to the house.

As always a fascinating read and inspirational too. I really have no idea what 2020 is going to hold for me.